Dockerize your Development Environment for NodeJS 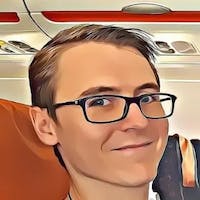 Subscribe to my newsletter and never miss my upcoming articles

Using Docker in your development workflow has a positive impact on your productivity. It eliminates the typical "It worked on my machine" type of bugs and the setup on a different machine only requires a running Docker daemon and nothing else. Before we get started implementing we will go over Docker real quick.

Docker is a platform that can run containers, packages of software. To run these containers Docker uses OS-level virtualization. You can think of a container as a lightweight version of a virtual machine.

All containers you run on your Docker platform are isolated from one another. For example, the host, on which Docker runs, and one container running on the host, do not share the same filesystem except to explicitly tell them to.

To start a container you need a Docker image. This image is the blueprint for your container. You can take already predefined images from Docker-Hub or configure your own ones by writing a so-called Dockerfile.

This is just a quick overview of Docker if you want to dig deeper I encourage you to start here.

Why would you dockerize your development workflow?

In the introduction, I already touched on one benefit of using Docker in your development environment. This being the fact that it gets rid of the typical "It works on my machine" issue. Some other benefits are:

We start out by creating a new folder in which we place our project, and we create our Dockerfile like this:

The container that we will use for our express application will be configured in the Dockerfile. For that, we need to give it some life:

FROM tells Docker to get an image called node (version: latest) from the docker hub.

WORKDIR sets the directory in which all the upcoming commands will be executed.

COPY does exactly what it says, it gets the package.json and package-lock.json and copies it to the WORKDIR.

RUN executes the commands we pass in. In this case, clearing the npm cache and then installing all the dependencies from package.json.

ENTRYPOINT executes the command you insert here, right when the docker container is started

Now that we have our Dockerfile ready to go we need a simple express application that we can run inside a container. For that, we create two new files like this:

package.json will get two dependencies, first express, and second nodemon:

The express application will just return simple HTML when hitting the main page. Therefore server.js should look like this:

Before we start setting up a MongoDB container together with our express container, we want to exclude some files from the running container. The syntax of a .dockerignore files is exactly the same as for a .gitignore file:

Last but not least we want to define a docker-compose.yml. This file will contain all the information needed to run the express application and the MongoDB at the same time in two different containers. Let's go ahead and create the file.

version: First we define the version of the docker-compose we want to use. There are quite a lot of differences between version 3 and 2, so be careful when picking a version!

services: This is the section in which we define our express API (api) and the MongoDB (mongo)

If you run the following command Docker will create an image from our Dockerfile and then run both containers (api and mongo):

If you want to stop the containers just use this command:

This is a simple Docker development environment setup that can easily be extended. If you want to change the database or add an Nginx to render your frontend, just go ahead and add a new service to docker-compose.yml or change an existing one.

You can also dockerize .NET Core, Java, or GoLang applications if you want to. Tell me about your experience with Docker in the comment section down below, I'd love to hear it!

The code for this is up on my GitHub as usual.

Photo by Dominik Lückmann on Unsplash 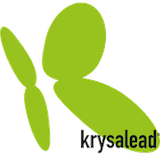 Thanks for the article. I would nevertheless not use "latest" as a tag as depending on when you build your image you got a different version of node. Something I missed is when do you start your server (not the docker image) what is the magic happening that make your docker-compose up command running the npm start command?

I thought your article was about developing with Docker and Node and sharing the image with other developers requires to fix the version. And indeed once you are happy with your dev you need to fix it :). I was reasoning as a development environment for a large team. 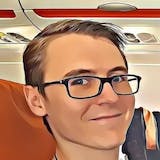 you are free to do so whenever you please. If you are sharing your development environment with your whole team fixing the nodejs version should be prioritized.

Totally agree with you there :)

Love this, thanks for sharing!

Amazing article. Thanks for sharing. 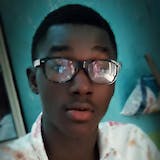 Thank you for writing this, but i am totally new to docker, this is my first encounter with it, so after everything worked, where will i find the docker image or how do i use it. i am lost on this